Rolling Fork Public Utility District (the “District”), a political subdivision of the State of Texas, is located in Harris County, Texas. The District was created by the 62nd Legislature of the State of Texas in 1971 and operates pursuant to Article XVI, Section 59 of the Texas Constitution and Chapters 49 and 54 of the Texas Water Code, as amended. The District consists of approximately 298 acres of land

The District is comprised of approximately 298 acres of land located approximately 14 miles northwest of the central downtown business district of the City of Houston and approximately two and one-half miles north of the intersection of Fairbanks-N. Houston Road and U.S. Highway 290. The majority of the District is bound on the east and west by Fairbanks N. Houston Road and Windfern Road, respectively. The District lies wholly within the boundaries of the Cypress Fairbanks Independent School District and is within the exclusive extraterritorial jurisdiction of the City of Houston. 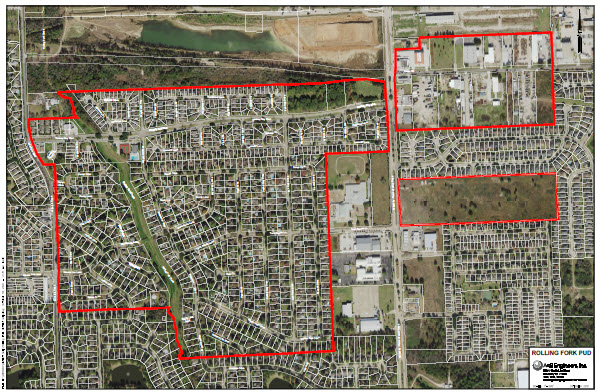 For persons with questions or needing help regarding website accessibility, or to request the provided information in alternative formats, please call (713) 864-5466.